Men have a higher chance for successful grant application 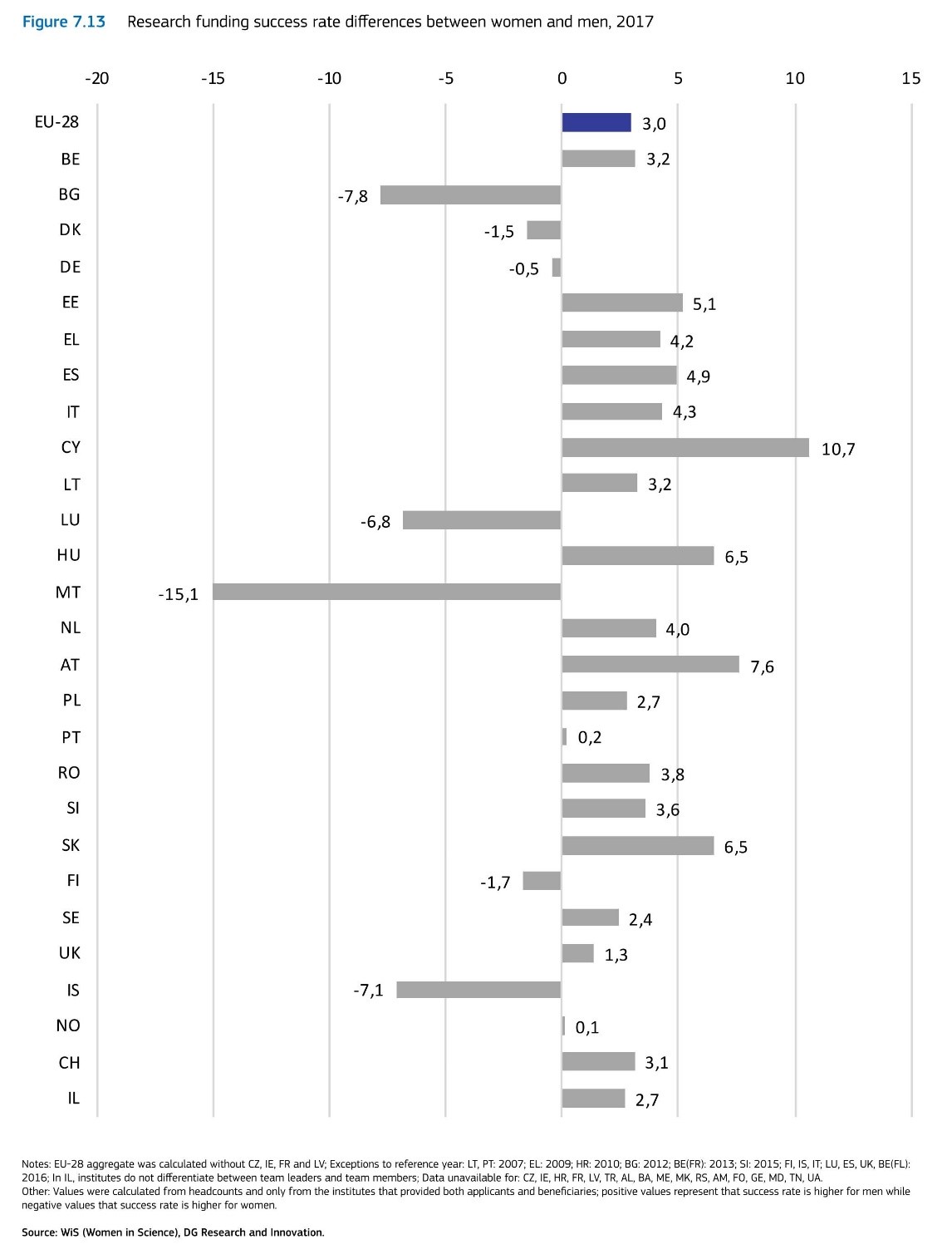 The latest She Figures, published by the EC, report that on the aggregated EU28-level research funding success rates of men are 3% higher than those of women. The differences vary significantly between countries: whereas in a few countries women’s success rates are higher than those of men, in the majority of countries men have a higher probability that their grant applications are successful. The most pronounced differences can be found in Malta (in favour of women) and in Cyprus (in favour of men). Interestingly also success rates of women are lower in countries like Sweden who are characterized by an advanced policy mix to improve gender equality in R&D or eastern European countries like Romania, Slovakia, Poland or Slovenia (with the exception of Bulgaria). This is interesting because these countries show high shares of women researchers (in all sectors) and doctoral graduates. To add a further layer of complexity success rates between men and women vary significantly by field of sciences within and between countries (She Figures 2018).

Findings from prior research, as the GendERC project, show that success rates of men and women are highly different between scientific disciplines and sub-disciplines. Therefore, dynamics within panels and between panel members play a relevant role in decision-making process about scientific excellence and selection of the best applicants.

GRANteD, funded by the Commission under H2020, takes this observation of different success rates of male and female applicants in research funding as a point of departure: On the one hand its main objective is to investigate whether success differences are caused by gender bias within the assessment process or by performance differences of applicants. On the other hand, GRANteD will investigate which procedures, regulations and practices within the process of assessing research proposals are promoting or mitigating the occurrence of gender bias. Furthermore, GRANteD will investigate the impact of research funding success on researcher’s careers and analyse whether these impacts are different for male and female researchers.

Based on robust and sound results GRANteD aims to provide empirical evidence for research policies that will subsequently enhance fairness and gender equality in research funding.